Bro. Bryan Treadway became Pastor of Emmanuel Baptist Church, April, 2007. He was raised in the Church of Christ and taught to be religious. As a senior in high school and going to college at the same time, he began to seek the truth about God and religion. After graduation, God amazingly and providentially put him in a series of events surrounded by people, and in certain circumstances for him to be convicted by the Holy Ghost and shown his need of a Savior. He was saved and called to preach in July, 1992.

Rejecting his own desires and career path, he allowed God to once again work in wonderful ways where he wound up serving God in many different capacities as a young Christian. He attended Faith Baptist Institute and sat under Dr. Sammy Allen for a year before moving to Newport, TN, where he worked with Dr. Larry Wells in Calvary Baptist Tabernacle. God called him to the mission field in 1994, the same year he met his wife, LeAnne. They were married on June 3, 1995, joined Turkey Ridge Baptist Church under Dr. Johnny Jones, and was ordained for the ministry and sent out of the church. They left for Papua New Guinea in September of 1996, and served three years in the country before having to return due to Pastor Treadway’s continued bouts with Malaria. 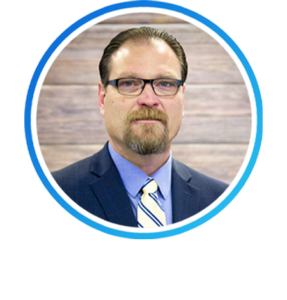 Our Pastor would love to pray for you and your family. If you have any questions, comments or prayer requests, take a minute to fill out the form by clicking the button below.